Ana Catarina Gomes, CEOWe are in an exciting time in terms of innovation. Having assisted in the development of Next-Generation Sequencing (NGS) technology, I would say that it is more about applications and solutions than technology itself,” begins Ana Catarina Gomes, the CEO of CBR Genomics.

The real innovation challenge in the NGS market space revolves around addressing the gap between technological breakthroughs on their usability, the fulfillment of their promises, and impacting lives. Despite all the existing knowledge and developed technology, there is an evident lag in clinical practices. Only physicians are becoming more aware and informed about NGS, mostly on Whole Exome Sequencing (WES) for diagnostic purposes. To this end, CBR Genomics has set the mission to develop DNA-based healthcare solutions. The company designs Genomics-as-a- Service—DNA.files—a solution based on high-resolution WES. Indeed, CBR Genomics has doubled the standards on sequencing data as its analyses span a 60Mb target region of the human genome, with an average sequencing depth of 200X. That’s why it can guarantee the extreme quality of analysis and lifelong usage of the data in order to act upon almost 85 percent of genetic diseases.

A Rich History of Innovation

CBR Genomics was brought to life under the urgency to bring DNA to the clinical practice and democratize access to DNA-based healthcare back in 2012. Initially, the company was highly focused on the development of its patented technology, which was specifically designed to seamlessly integrate all the stakeholders—individuals, physicians (of any clinical area), and geneticists. This enabled CBR Genomics to deliver uncomplicated clinical genetic reports. In 2018, Ana joined the company with a clear scale-up challenge: to create an entirely new market space on effective clinical genetics for daily healthcare.

“We are on a mission to improve people’s quality of life based on their DNA’s information,” adds Ana. Staying true to this objective, the company digitally merges Genomics with Medicine and Technology. Its innovative DNA.files supports clinical decisions based on DNA data. The DNA.files services were built upon the latest advances in Genetics and DNA sequencing technology and are designed to deliver genomics solutions to virtually all clinical areas. The service covers the needs of multiple patients at different stages of life, both symptomatic and asymptomatic and can benefit a wide spectrum of clinical specialties, including Cardiology, Dermatology, Endocrinology, Metabolics, Neurology, Ophthalmology, Oncology, and more. As CBR Genomics ensures that the DNA is sequenced once, and the obtained genetic data is stored for life as well as reused whenever clinically needed, the company charges a once-in-a-lifetime cost for genetic analysis.

This enables clients to operationalize their high resolution and coverage WES, and then focus on the strategy for their clinical practice and their patient’s needs. So, the importance is not on sequencing strategies but rather on NGS data usage and clinical applications of the sequencing output.

CBR Genomics’ best clinical case comes from its first project, where it carried out the proof of concept of its technology and approach. This was in a straight articulation with the Genetics Departments of the University of Coimbra’s Hospitals. 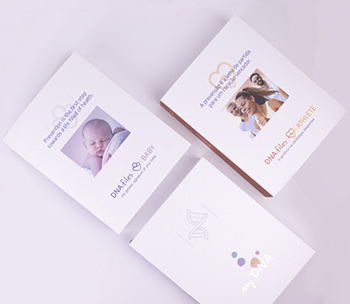 CBR Genomics was able to deliver a diagnosis to 28 patients with Intellectual Disabilities (corresponding to an almost 50 percent diagnostic rate), most of them were waiting for a diagnosis for more than five years. Within this cohort, there was a 20-year-old male (the oldest patient) who had symptoms of some sort of Intellectual Disability. However, his molecular diagnosis remained inconclusive for more than 15 years, even after numerous clinical exams and tremendous efforts from his family and his physicians. When his paediatrician asked his parents about the possibility of the young boy participating in our proof of concept, the mother was very reticent: “He has been involved in so many studies, from all over - United States, France, England… how sure are you that this will finally solve his diagnosis?” 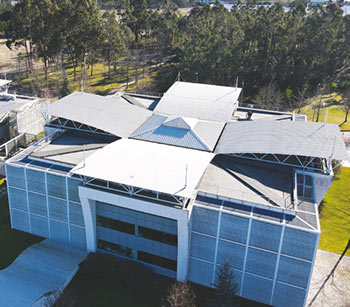 This 20-year-old patient was included, and CBR Genomics was able to identify a new pathogenic variant for the well-known Angelman Syndrome. The patient had a 5-year-old brother with ID symptoms who underwent the same DNA analysis and was immediately diagnosed with the same disease. This diagnosis allowed to immediately invest in the most appropriate complementary therapies for this disease, namely physiotherapy, speech therapy, and hydrotherapy.

We refuse to accept delayed diagnosis of well genetically characterized (not so) rare diseases, severe diseases, or even early deaths or severe diseases due to fully established genetic conditions, which could be early intervened or even preventable

This scientific research enabled the validation of CBR Genomics’ unique DNA analysis methodology, which they apply to all its DNA.files genetic services. “We refuse to accept delayed diagnosis of well genetically characterized (not so) rare diseases, severe diseases, or even early deaths or severe diseases due to fully established genetic conditions, which could be early intervened or even preventable,” concludes Ana. 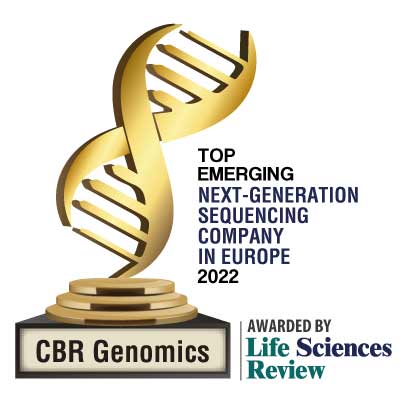 Thank you for Subscribing to Life Science Review Weekly Brief

However, if you would like to share the information in this article, you may use the link below: